by The Topp Shelf (Glowhoney) 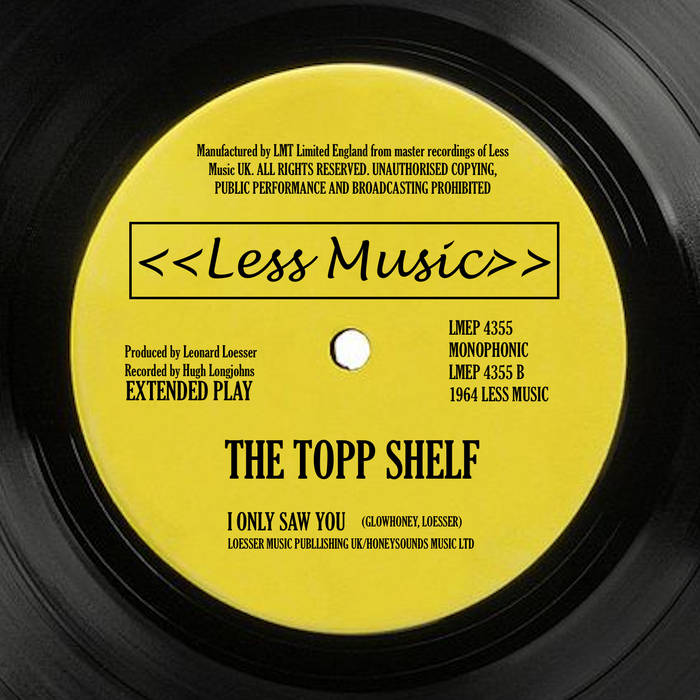 For a brief period in 1964, the soon-to-be members of cult British rock group Glowhoney were managed by svengali producer/impresario Lennie Loesser. Against the wishes of the boys, Loesser insisted they jump on the Beatles’ Mersey-sound bandwagon and call themselves The Topp Shelf. Their sole output in this guise was this three-track EP, recorded and mixed in a single chaotic evening, and released on Loesser's own Less Music label. It sank without trace as, ultimately, did Loesser himself. Only a year after this release he was convicted and imprisoned for his part in a Green Shield Stamps counterfeiting ring.


The EP has been remastered by Atticadia Sound from the original mono 4-track recordings.

All noises by The Topp Shelf 1964. Keyboards on Love Letters by Hugh ("Huge") Longjohns. Claps on I Only Saw You by The Assembled Throngsters. 2017 remaster by Atticadia Sound.

Bandcamp Daily  your guide to the world of Bandcamp

Featuring Oakland sounds from the Smart Bomb collective and Samplelov.